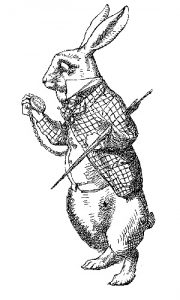 Late all the time? Here are some techniques to make it impossible for you to be late.

The essence of the approach is this: if you don’t have to promise to be at a certain place by a certain time, then don’t. That way, nobody can accuse you of being late!

There are several ways to apply this principle:

One way to avoid being late for an appointment is simply to refuse the appointment in the first place. This might seem obvious, but there are all sorts of reasons why saying “no” can be difficult. One of the things that can make it easy is to remember that you can’t be late for something you aren’t going to, nor be told that you haven’t done something on time when you have politely declined to do it at all.

Interestingly, one of the reasons that I was often late for things in the past was that, to be honest, I really didn’t want to do them in the first place. Nowadays, I do what I can to eliminate those occasions altogether.

If you do decide to do something, but you don’t specify a time, then you still won’t be late.
There are two things to be aware of here, however:

Despite these caveats, there are many situations where this is quite appropriate.

For example (and I appreciate that I am fortunate in this regard) I am in a job where I work flexi-time. As long as I work core hours and do the right number of hours by the end of the week, I don’t have to be in the office at a very specific time. This working arrangement has saved my bacon more often than I care to admit. This arrangement is so important to me that I have turned down exciting opportunities on the basis that there is little flexibility over hours, and have done so without regret.

Finally, if you do decide to make an appointment and you are obliged to specify a time, suggest a time that you know you’ll be able to make. That way, you are far less likely to break your commitments.

For example, if my wife asks me to be home by 5:30 but I know I am likely to run late, I might politely suggest that 6:30 would be more realistic. Of course, this doesn’t always go down very well, but more often than not she prefers me to be honest about my time-keeping rather than cause her inconvenience by being later than I’ve promised.

Some people might think that this approach is cheating – and it, in a way. Others may complain that it doesn’t always work. And they’d be right. But there are lots of situations where this really is the best way of dealing with things. Remembering that I it is better not to make a promise than to break a promise can save you from yourself. It can be a big help in preventing you from being late.

Those who make the worst use of their time are the first to complain of its shortness.