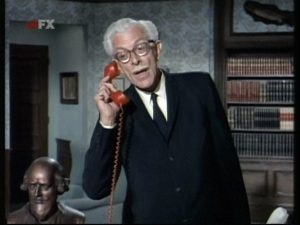 You don’t have to be on the battlefield to help fight the war.

You Can’t Fight Their Battles for Them

Sometimes, we get discouraged because we don’t know how to help the people we care about. We get despondent because we don’t have all the answers, the resources, the energy nor the ability to just make their problems go away. We want to help, but we feel unable to offer the help that is really needed.
It isn’t always appropriate to fight other people’s battles for them. But you can still offer support to people you care about.

But You Can Still Help Fight the War

Alfred is present for very few of Batman’s adventures, but he’s still Batman’s greatest ally and most loyal servant. You don’t have to be on the battlefield to help fight the war.Nerrolken

Now, there are lots of ways to be an Alfred to your Batman (or your Batwoman, Batfriend, Batkid, Batboss, or Bat-whoever needs your support today).

Provide a refuge, somewhere Batman can relax and recuperate. A beverage and a comfy chair can do wonders for your weary hero. Every caped crusader needed a bolt-hole, somewhere to hide out for a while. Tea and cake, Sir?

Take Care of the Batcave

Do some minor jobs so that Batman can focus on the big ones. Someone needs to wash out Batman’s cape and iron his mask. Why not you?

There has always been a comic side to Alfred Pennyworth. A little light relief can help your Batman forget his troubles for a while. So don’t take yourself too seriously. Sometimes even Batman needs a laugh

Encourage your Batman. Always see the best in him. Have faith in him even when he has lost faith in himself. Tell your hero that you believe in him, and help him find his inner strength.

You don’t have all the answers, and you can’t begin guess what it is like out there in Gotham City. But you do have a lifetime of experience to draw upon. Perhaps a gentle hint is all your hero needs to solve the Riddler’s clues?

Pick Up the Phone

Batman doesn’t always have the time to stop and explain, nor to tell everyone where he’s off to next. You can help your Batman by taking care of communications. Smooth things over with Aunt Harriet, tell Robin where Batman needs him, or take a message from the Commissioner (or the Great Commissioner, if you’re so inclined).

Sometimes it is enough to be there, pottering around in the background. Sometimes Batman just needs to know that he’s got someone there for him.

Know When to Step Up

Occasionally, even Alfred sees a little action. Sometimes, it is appropriate to put on your own hero outfit and enter the fray. It may not be your natural habitat, but that doesn’t always matter. You may not measure up to his prowess in the field, but sometimes Batman needs you out there, anyway. So keep your costume pressed, just in case.

Let Batman Be the Hero

It isn’t always easy to step back and watch someone else struggle. Nor is it easy to work so hard and see someone else get all the glory. But every Batman needs his back-room team.

Are You Ready to Be an Unsung Hero?