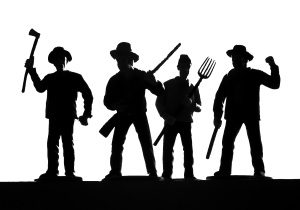 Some people just don’t get it, won’t get it or can’t get it. And you can’t make them.

Now, if someone you trust says you’re wrong, you had better take note, because maybe they’re on to something. So, check your facts, check your logic and double-check your heart. And if it all comes out good, don’t sweat the doubters and the haters. When all is said and done, their problem isn’t with you, but with themselves.

But, there will always be the ones who’ll never get it, no matter what you try. Even the Master had problems with the citics and the haters, the flouters and the doubters. ‘Cos haters gonna hate and doubters gonna doubt. That’s just the way it is. So, just let it go, and let them be. And above all, don’t let them stop you doing what you need to do. Because, when you’re right, you’re right.

Some people just don’t get it, some won’t get it and others just can’t get it. And you can’t make them. But if you get it, then live it. When all is said and done, that’s what counts.

4 thoughts on “Some People Won’t Get It”