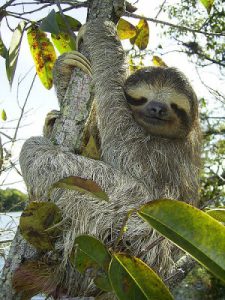 A menagerie of ideas to help us overcome procrastination and get the job done.

In this article we’ll identify some of the reasons people procrastinate, accompanied by a few “procrastination busters”, which are questions that can help us find a way to overcome our procrastination.

Before we dive in, there are a few things I need to mention:

By understanding the reasons we don’t like the task you may be better positioned to either face or avoid the task.

Can You Find an Alternative?

Can You Just Get It Over With?

There is an old saying that suggests that if you eat a live frog first thing in the morning, it will allow you to face the rest of the day knowing the worst has passed! Not very pleasant, but the idea can be a powerful one.

Is the Thought of Doing It Worse than Just Doing It?

If you have to swallow a frog, don’t stare at it too long.Mark Twain

Sometimes, making a start will help us see that the job we’ve been putting off really isn’t that bad after all.

Can You Make it More Palatable?

A Spoonful of Sugar Helps the Medicine Go Down.Mary Poppins

Some I met recently puts on her favourite TV show whilst ironing because it helps her get through a task she dislikes.

Reason: The Task is Too Hard

Does the Task Just Appear to be Too Hard?

Will It Get Worse the Longer You Leave It?

Some types of task are hard to begin with, but they get worse with time. For example:

So, the question is:

Are You Able to Enlist Help?

Is It Possible to Break the Task into Smaller Pieces?

There is an old saying that goes, “How do you eat an elephant? One bite at a time”.

Is It Really Beyond You?

Of course, there are times when, as a last resort, we just have to admit defeat.

Even then, that doesn’t mean there is nothing you can do.

Sometimes it is best to make like a sleeping dog and let yourself lie.

In an upcoming article we’ll look at a selection of other reasons for procrastination, including:

I do not feel obliged to believe that the same God who endowed us with sense, reason and intellect has intended for us to forgo their use.