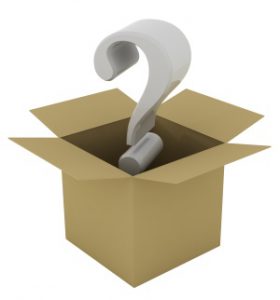 Why live with clutter? Understanding the reasons for your clutter can help you find ways to overcome it.

Why? Because I Have Technical Problems

More often than not, I assume that my problem is a technical one, by which I mean a problem with my organisational system. When I think like this, I find myself thinking along these lines:

Why? Because I Own Too Much Stuff

The interesting thing here is that all these solutions involve having more of something – space, containers, time. The seductive thing about assuming that I have a not-enough problem is that there is some truth in this. In some areas I do need more space, containers, time or whatever.
More often than not, the real problem is that I need less, not more.

Now, that’s better. I really don’t need as much stuff as I own.

Why? Because It Meets a Need

At this point, it would be all to easy to slip back and start wanting more again – more time to weed through stuff, more space to sort it in, and so on. But before I do so, I recognise that I still haven’t got to the root of the problem.

The real problem is the way I think and feel about stuff.

Why can’t I get rid of clutter?

The issue is that the things I own are not just things: most of them are symbols. They represent something.

Why have I acquired so much clutter in the first place?

It is often easier to buy something than to be something.

Why Does It Matter Why?

My relationship with stuff my is unhealthy, and my clutter is a symptom of that unhealthiness. As such, it isn’t enough to treat just the symptom without treating the underlying disease. I have taken a big step in understanding the root cause of this sickness – it is the first step on the road to finding a cure.

Now that I know why I have all this clutter, I can take action to tackle the root cause. Instead of being a problem with the physical stuff, I understand that it is primarily an emotional issue. I don’t just need to improve my organisational skills – I need to tackle the deeper issues that keep me from getting rid of the things I don’t need and make me more able to resist acquiring the things I don’t need in the first place.

The more you know, the deeper the mystery.