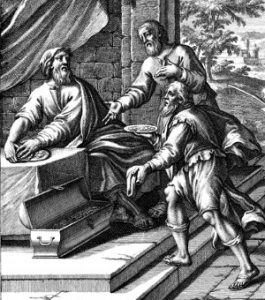 The glory of God always comes at the sacrifice of self.