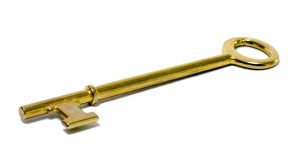 In my experience, an understanding of principles is major step in achieving success in any endeavour.

By principles, I mean the natural laws that govern the activity in which you want to succeed.

Some observations about principles:

Everything is governed by principles.

You can’t prevent them from applying. They work even if you don’t believe in them. You don’t have to do anything to make them work.

If a principle appears not to be working, then either:

Sometimes it appears that a natural law isn’t working – if that happens, it is usually because some other law has been activated as well. For example, the law of gravity can be overcome by applying the laws of aerodynamics, even though aerodynamics don’t stop gravity from working.

Understand and Apply Principles for a Better Life

When we understand the laws that govern something, then we can work with them to achieve our goals.

For example, technologists apply the principles of electronics to build computers.

If we work against principles, we are doomed to failure.

You can’t fly by flapping your arms, but can do so if you understand the laws of aerodynamics.

When we understand the principles that govern an area of life,  those principles become a framework to guides our thinking and behaviour and enable you to be successful in that arena.

People often make these mistakes when attempting to apply principles, and get burned in the process.

Some mistakes to avoid include:

We often mistake specific applications of a principle with the principle itself. We watch someone perform a task excellently and seek to emulate the performance rather than understanding the principles upon which the excellence is based. [pullquote]The problem is not that this approach doesn’t work, but rather that it works quite well… up to a point.[/pullquote]

This leads us to copying others rather than understanding their motives. Unfortunately, however, this approach does not generalise to situations that differ significantly from the original example. When we attempt to apply the same methods to novel situations, we usually end up working against some principle or other. Not only does this lead to failure, but it often gives little insight into the cause of the failure. More often than not, we try to work harder on applying the faulty methods, which leads to greater failure.

That isn’t to say that we can’t learn from other people’s methods, but rather that we need to look below the surface and see the principles that underpins their successful practice. Once we understand the principle, we can apply the practice in an appropriate and effective way.

Values are things that matter to us, whereas principles are external laws that govern the way the universe works. When we align our values with right principles, we are empowered to achieve the best of our potential.

Don’t Stand in the Way

We can’t stop principles from working, and if we try, we just get hurt. It’s like trying to stop gravity by standing in front of a falling tree.

What we can do, however, is apply another principle that will modify the effect of the first. For example, when lumberjacks cut down trees they put a chain around it to make it fall where they want. They don’t stop gravity from working, but they modify its effects by applying additional forces.

Don’t Try to Do It Yourself

We don’t need to do anything nor believe anything to make gravity work. This applies to all principles. For some reason, we sometimes put energy into making things happen that are going to happen anyway: by worrying about things, for example. Principles can take care of themselves.

As humans, we are uniquely placed to understand and apply principles to the world and to ourselves. I find it intriguing that the universe has principles at its core. It is as if there is a principle-maker right at the centre of everything. What this means is that we can’t afford to neglect the power of principles in our life.  To fail to do so will leave us frustrated and unfulfilled. When we apply ourselves to principles, however, we make the best of our potential.