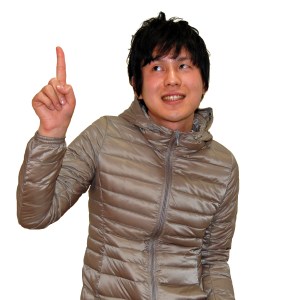 What should you do if you’re afraid that you’re asking stupid questions? Nobody wants to be laughed at, right?

Many years ago I knew a chap called Abdul, who was studying Maths in the same class as me. In every class we took Abdul would ask numerous stupid questions. More often than not, the questions came when the professor had filled several boards with complex calculations, and the question was about a really simple calculation right at the top of the very first board.

There is no such thing as a stupid question.

And the wag’s response:

No, there are just stupid people!

“Here he goes again”, we’d say to ourselves when Abdul asked his question. And eyes would roll, because Abdul was asking about something that was plainly obvious to the rest of us.

From time-to-time, something very odd would happen…

Abdul would as ask his stupid question, and the lecturer would ask if someone in the class would care to explain the calculation to Abdul and… well… none of us could. The whole class (about 30 of us) was silent. Somehow, every one of us had completely missed the point of that “obvious” thing, even the super-smart girl in the corner. We had all assumed we understood it, but unlike us, Abdul knew that he hadn’t. And on those occasions Abdul was doing us all a great favour, by asking his question.

Now,  I don’t like to say this, but this kind of thing occurred far more frequently than any of us cared to admit. After a couple of months, we began to understand that, when Abdul asked a question, there was a very good chance that we hadn’t understood something, either.

Now, Abdul was also a genuinely friendly chap, possibly the most friendly person I have ever met. So, despite our frustration with him, Abdul was universally liked. And, as the year rolled on, he was increasingly respected. Because, unlike the rest of us he wasn’t afraid to confront his own ignorance, and in doing so, he helped us to recognise our ignorance, too.

So, here’s my take on all this: Next time we’re not sure of something, our best strategy is just to ask that “stupid” question. And when we ask, to ask boldly. And I’ll bet that – at least some of the time – there will be others who will have those very same questions, but who are too afraid to ask. And I’ll bet that that – quite a lot of the time – there will be others who should be asking, but who lack the the insight to recognise their own ignorance.

But here’s the thing…

Even if nobody else is asking, even everybody laughs their socks off when we ask, there is something to gain from asking “stupid” questions…

And that is answers.

So, may we always have the courage to confront our ignorance, and to ask our “stupid” questions. Because, not to ask is as sure-fire way to remain in our stupidity. But by simply asking, we’re very likely to gain the understanding that we’re looking for. And there really is nothing stupid about that.

If you can tell good advice from bad advice, you don’t need any advice.