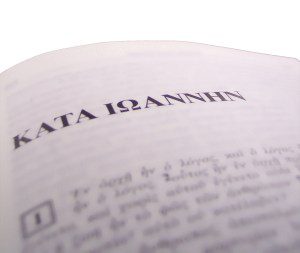 There are many benefits of learning a language. Some of the most important are:

1. Learning a Language Can Increase Your Intelligence

Studies have shown that learning a new language will enable you to:

2. Learning a Language Can Expand Your World-view

A new language will expose you both to new ways of expressing ideas, and to new ideas. It may:

3. Learning a Language Can Increase Your Communication Ability

One of the main reasons for learning a language is that it will help you communicate. Of course, that ability to communicate goes beyond the new language itself. It can, for example:

4. Learning a Language Can Help You to Make New Friends

Learning a language gives you the chance to make new friends with other people who:

5. Learning a Language Can Improve Your Prospects

Learning a language can also help you if you want to:

Bonus Benefit: You Don’t Have to be Defined by Your Past

One other benefit: in my experience, learning a language can help set you free from your past. When I was at school, I was very poor at languages. During my formative years I had the opportunity to take French, German and Welsh. I was a poor linguist – possibly because I really didn’t see the point. One Welsh teacher called me a “dozy dormouse”, and I was constantly in trouble with the French Mistress for failing vocab tests. I learned to dislike languages, and dropped French and Welsh as soon as I could. I was hardly more successful with German, but didn’t drop it straight away because it got me out of doing sports, and I was even worse at sports than I was at languages. And as my German earned me an “unclassified” grade at ‘O’ Level, I was pretty much persuaded that I was simply no good at languages.

Fortunately, however, I choose not to define myself by my past. Just because I couldn’t cope with learning a language when I was at school doesn’t mean that I can’t cope with them now now. So, with that in mind, I’ve started a language course. I’m only about 10% of the way through, and I’m finding it tough. But I’m also finding it enjoyable. Moreover, I’ve discovered that learning a language isn’t beyond me, which comes as a pleasant surprise.

(For what it is worth, my chosen language is a dialect ancient Greek, specifically Hellenistic Greek, which spoken and written from about the 4th century BC through about the 4th century AD. During this period, it became the lingua franca throughout much of the Mediterranean region and the Middle East. This might seem like an odd choice, but makes more sense when you consider that this was the language in which the New Testament was written, and that the Bible is a book in which I have significant interest).

One thought on “Top 5 Benefits of Learning a Language”

Rest is not idleness, and to lie sometimes on the grass under the trees on a summer’s day, listening to the murmur of water, or watching the clouds float across the sky, is by no means a waste of time.

— John Lubbock
We use cookies to ensure that we give you the best experience on our website. If you continue to use this site we will assume that you are happy with it.Ok