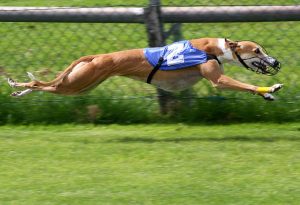 There is an emotional side to investment that is often overlooked and misunderstood.However, one of the key principles of investment is that every investment involves emotional investment.

There is a psychological principle at work here, that means that, whenever we invest our resources into something, it becomes charges with emotional value. In other words, our affections follow our investments.

When we understanding this principle, we can use it to bring about positive change in both ourselves and in others.

I first came across this principle in the Bible, when Jesus said:

Your heart will always be where your treasure is.Luke 12:34

… and I must admit, I had no idea what this meant when I first read it. Indeed, I was clearly not the only one: I’ve heard several talks on this little phrase, and in every case the speaker turned it around and said that all this means is that we tend to invest in the things we care about. True as that may be, that really isn’t the point of Jesus comment, as I learned when I visited the dog track a few months later.

Gone to the Dogs

Now, I am not much of a gambler, but when some good friends invited me to the dog races I decided I go along and see what it was all about. I must admit, it wasn’t what I had expected. I was surprised by the pleasant, family-friendly atmosphere track-side, and for some time we just enjoyed the atmosphere and watching the dogs.

Then someone suggested we should place a bet on the next race. Although I wouldn’t normally be bothered, on this occasion I felt I could afford to lose the few pence that I was being asked to contribute. So we all chipped in, and between us we contributed enough to place the minimum bet.

As the race was about to begin, we all took our places at the rail. Then they were off! Number 3 got off to a good start. He rapidly moved into third place, behind number 5. We cheered him on, urging him to the front of the pack. To our delight, he surged forward, moving from third to second place, then easing into first! We cheered more loudly. He was looking good for the win!

But Number 5 was creeping up on him, and Number 4 was looking strong, too.

Then disaster struck. 5 passed 3! Then 4 passed them both! 3 made a valiant effort, but he just couldn’t keep pace. Moments later, as the action drew to a close, it was clear that it was going to be a race between Number 4 and Number 5. Sure enough, Number 5 crossed the line as the clear winner, with Number 4 was a respectable second. And poor old Number 3? By the time he crossed the line, had dropped back to 6th place.

As we lamented our loss over a greasy hot-dog and a polystyrene beaker of refreshing tea, I realised something: all the time we were not betting on the dogs, we didn’t really care which one came first. But as soon as we had invested in one of them, we immediately found that we cared about it. We really wanted it to do well.

More recently, I’ve come to see that all investment is like that. Whenever we invest in something – whatever it is, whatever we invest – we become emotionally bound to that thing. We care about it. We cheer it on. We want it to succeed. We value the thing we invest in. It is not that we have any choice in the matter, either. We are just wired up that way. It is just a principle of the thing.

Here are a few examples of this principle in action:

The IKEA Effect is an example of the principle that “Affections Follow Investment”. The IKEA Effect is the name given to the psychological phenomenon whereby people develop an emotional attachment to the results of their efforts. The term was coined to describe the results of a series of experiments that demonstrated that people place higher value on things that they build themselves over identical things that have been built by other people. It is the reason that people have a disproportionate effect for furniture that they have assembled themselves over furniture that is delivered pre-assembled.

An example of the IKEA Effect occurred with the introduction of instant cake mix, back in the 1950s. At first, there was resistance to the product, at least in part because housewives felt that their skills were being devalued. However, when one manufacturer changed the recipe so that the baker was required to add an egg, sales increased significantly. The evidence suggests that the extra effort required to make these cakes was a key ingredient (no pun intended) in the success of the product.

Other examples of the IKEA Effect occur when you pick-your-own at a farm, when children visit the Built-a-Bear Workshop (my son adores “Owlie”, a cuddly toy that he “made” at Build-a-Bear in Southampton), and with those bags of crisps that contain the little blue bags of salt.Based on investigations of the IKEA Effect,

researchers have concluded that:

If people tend to value the things that come through great effort, it follows that they are less likely to value the things that come more easily. Indeed, we’ve all heard stories of lottery winners who have gone bankrupt, people with massive inheritances who have ended up penniless, and people who have made it big in the entertainment business who have frittered their money away on fast living and spending sprees. For example, research statistics suggest that, within five years of retirement, an estimated 60 percent of former NBA players are broke. It seems that we care little for things that have cost us little, whereas those things that are hard-earned are less easily squandered.

People have a tendency to fall in love with their own ideas, One reason for this is that they are ideas that they have already invested time and energy in developing. This tendency has both beneficial and damaging consequences.

On the negative side, for example, it is one reason that people are willing to “poor good money after bad”: because they become emotionally attached to product in which they have invested, and find it difficult to break that attachment.

On the positive side, in my career as a programmer I have repeatedly observed that customers become passionate about a product when they have had a hand in its design. They can become great ambassadors for it when it is rolled out to their colleges. In contrast, those who have a solution thrust upon them are far less likely to view it positively.

The principle can be applied in many circumstances – indeed it applies whenever you make any kind of investment, be that an investment of:

Moreover, you can deliberately use the principle to make positive changes in both your own life and in the lives of others. The ways you do so will be determined by what you want to achieve, your creativity, and your understanding of the principle itself.

Here are some suggestions:

Do You Want to Influence Others?

To care about the environment?

To be committed to your group?

To love your product?

Want kids to eat up their vegetables?

Want people to come to your event?

Want to Change Your Feelings Towards Someone?

In his best-selling book, 7 Habits of Highly Effective People, Stephen Covey told a story about a man who came to him with a problem. The man said, “My wife and I just don’t have the same feelings for each other we used to have. I guess I just don’t love her any more and she doesn’t love me. What can I do?”. Covey answered, “My friend , love is a verb. Love – the feeling – is a fruit of love, the verb. So love her. Serve her. Sacrifice. Listen to her. Empathize. Appreciate. Affirm her. Are you willing to do that?”. Covey recognised that feeling follow actions, that when we invest in someone, our affection for that someone increases. Of course, this works in all relationships, marriage included.

Do You Want to Increase Your Self-Esteem?

Do You Want to Escape from Unhealthy Behaviour?

Then stop investing in it, and invest in an alternative:

In the book, Switch, the Heath Brothers observed that change is hard when you have no emotional imperative to change, but is much easier when you feel like making change. You can use this information, along with this principle, to make significant changes in your life.

The method is follow the advice in the adverts, and…

But don’t try and do all of it. Not yet, anyway. The trick is to make a small investment in the change you want to make. This could be an investment of time, finances or effort. You don’t have to feel like making the investment, you just have to make it. Having made this small investment, you’ll be a little more committed to achieving your goal, even if the investment you made didn’t actually bring you closer to achieving it. Rinse and repeat. Little by little, the amount you invest will increase, and your commitment to your goals will increase as well. When you’re sufficiently motivated, you’ll move heaven and earth to reach your chosen destination.

— James Baldwin
We use cookies to ensure that we give you the best experience on our website. If you continue to use this site we will assume that you are happy with it.Ok