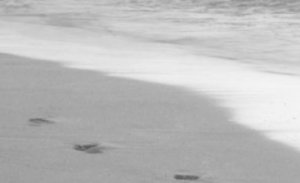 It doesn’t seem long since I proposed the establishment of Christianity. Today, however, it is a growing global community that involves people from all walks of life. Christianity welcomes committed Christians, experts in Christianity and all those who are genuinely interested in learning more. Join Christianity today:

No, I’m not actually claiming to have founded a religion. I’m talking about a web site!

The site is part of the Stackexchange network of question and answer sites, which now boasts over 100 covering a wide range of from Software Development to Cooking to the English Language to Photography… and now Christianity.

The unique thing about this site is that it is essentially a secular site about the subject of Christianity. It invites users to ask and answer questions about the traditions, history, practices and beliefs of Christians, but makes few assumptions regarding the beliefs of its users. It certainly doesn’t presume any particular doctrinal affiliation, nor even membership of any particular faith. The result of this approach is that the site that isn’t preachy, and it isn’t evangelistic, but it is informative.

Of course, many of our users are Christians – it is to be expected that believers will have an interest in the subject. At the same time, however, many others don’t share their faith – they simply have an academic interest in it. It is heartening to see so many different world-views represented. I don’t think that there are many forums where such diversity can co-exist with such a thorough exploration of religious matters. In this case, however, our differences enrich rather than alienate. Of course, as a Christian myself, I’d love to see people transition from non-believer to believer, and I sincerely hope that the information provided by the site facilitates this transition for some. Nevertheless, this is far from being a requirement – you’ll get no Bible-bashing there!

(OK, there are a few people who don’t play by the rules, but the moderators take them into the alleyway out back. They’re soon sorted out…)

Anyway, I am delighted to say that, two years after I proposed it, Christianity is now live. Thanks to a nice long beta, the site already had over 3,500 questions and about 2,500 registered users when it was officially launched. With your help, it can continue to grow. If you have an interest in Christianity, please do check it out. I’m sure that you’ll learn something new!

It isn’t the mountains ahead to climb that wear you out; it’s the pebble in your shoe.